Iron is needed for the formation of heme, which is a part of haemoglobin (a protein found in red blood cells which transports oxygen to all tissues); but it has several other key bodily functions.

This nutrient can be found in the form of heme iron (usually seen in animal products) or non-heme iron (this form of iron is made by plants).

The Institute of Medicine suggests that vegetarians may require 1.8 times more iron than the recommended levels and they suggest that vegans may require even more1. It’s possible that long-term adaptation to plant-based diets may increase one’s ability to absorb non-heme iron (but this has not been studied as far as I know). Regardless, vegans do not seem to suffer from iron deficiency anaemia at a higher rate than omnivores. 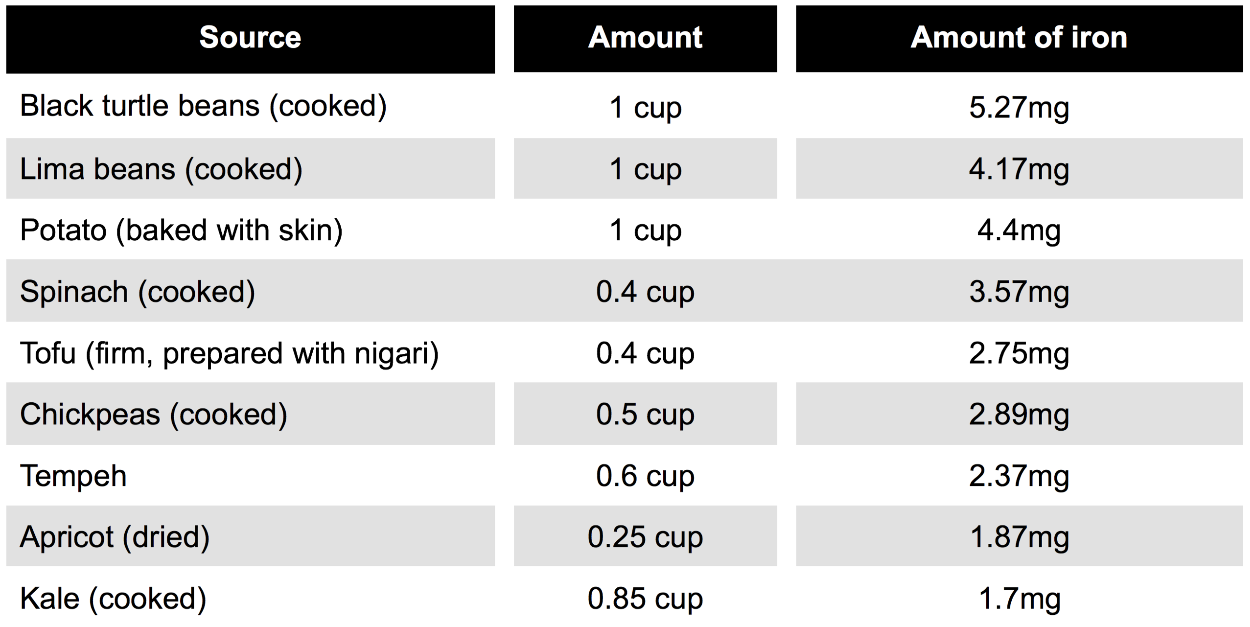 The bioavailability of non-heme iron is lower compared to heme iron. I advise consuming iron-rich foods with a source of vitamin C, as this may enhance absorption2. Fermentation, soaking and germination also increases iron bioavailability through releasing it from bonds with phytic acid3,4.

Polyphenol-rich beverages (e.g., teas, cocoa, coffee) when consumed with meals can inhibit iron absorption5. Calcium supplementation was also shown to reduce iron absorption but it may be a short duration effect with a subsequent adaptation without a negative impact on haematological status6.

A low-dose supplement is an option for those that struggle to meet the RDA. Discuss this with your doctor first.

Back to Nutrients of Concern

Your E-mail has been sent. We will be in contact with you soon.

Please refresh the page and re-submit the form.

SORRY
Your content caused an error and your email has not been sent.
Please remove any unusual characters and try again